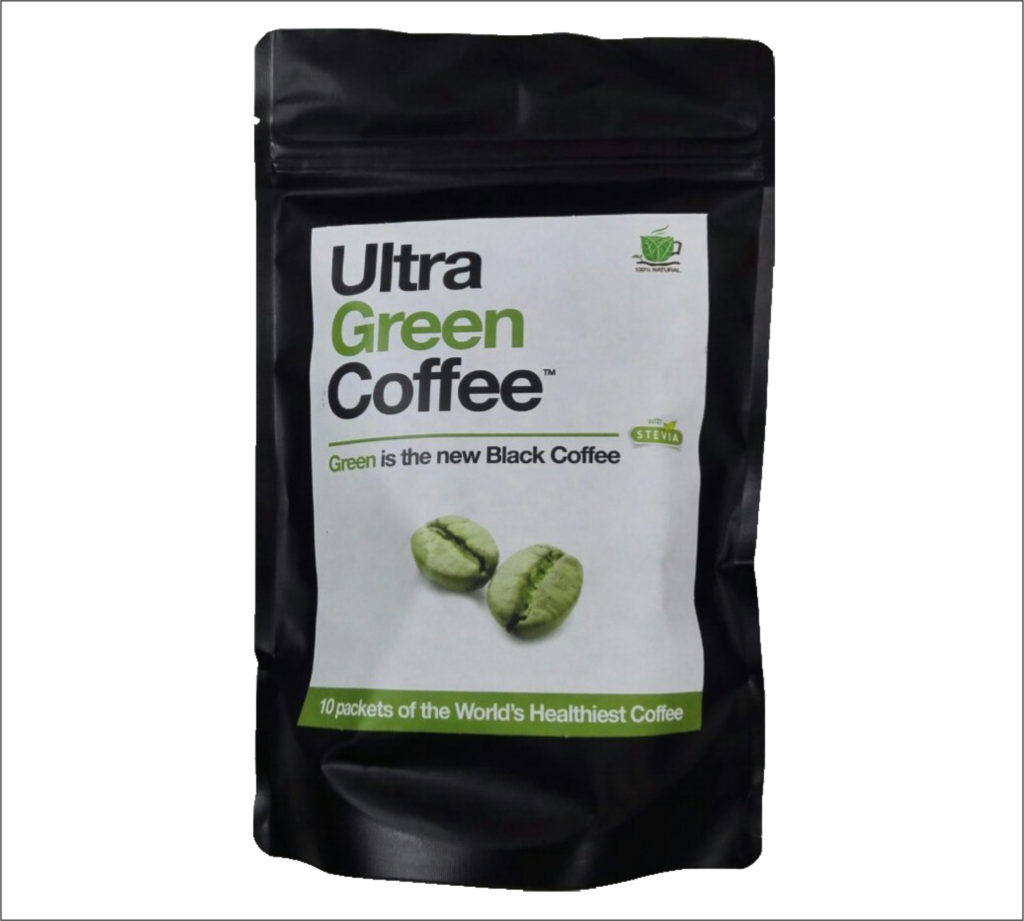 Ultra Green Coffee is made from the finest unroasted arabica beans. Because Green Coffee does not undergo the roasting process, the CHLOROGENIC ACID in the Green Coffee bean is untouched, and that’s the ingredient that offers the WEIGHT LOSS BENEFIT. Green Coffee also contains antioxidants that may also help against premature aging. In addition,  it has been shown to help prevent diabetes and hypertension.

Moringa OlieferaAround the world Moringa is known by many names, including “the Miracle Tree” and “l’Arbre de Vie” (tree of life). In Senegal, people call it “Dr. Moringa” for its health benefits or “Nebedaye,” a twist on the English “Never Die,” for its ability to grow in almost any conditions and soil type.

As early as 600 AD, scribes in Southeast Asia recorded the use of the mangosteen as an herbal preparation. The early benefits of the mangosteen are both broad and convincing. Legend even has it that Queen Victoria offered knighthood to any subject who could bring her a mangosteen fruit in prime condition. Sadly, no one succeeded in delivering the mangosteen. According to the legend, the virtual impossibility of preserving the fruit during the weeks-long journey prohibited anyone outside of the growing regions from enjoying the sensational flavor of the mangosteen. But, some have suggested that, thanks to the Queen’s admirable quest, the fruit achieved the heralded title, “Queen of Fruits,” a name still used by mangosteen adorers around the globe.

One study published in the Journal of Natural Products found that one chemical in Graviola was 10,000 times more potent than a chemotherapy drug called Adriamycin. The Catholic University of South Korea reports that guyabano is not only a threat to cancer particularly effective for prostate and pancreatic cancers cells, but also leaves healthy cells alone. This is not the case with chemo, which target all the cells – much like antibiotics indiscriminately destroying all gut bacteria, good and bad. Purdue University found that leaves from the guyabano tree “killed cancer cells among six human cell lines”.

Bitter Melon has been used in China for centuries as a vegetable and in Traditional Chinese Medicine (TCM); and practitioners of Chinese medicine have used it for hundreds of years as a powerful treatment high blood sugar.  Its actions were described as “bitter in taste, non-toxic, expelling evil heat, relieving fatigue and illuminating” in the famous Compendium of Materia Medica by Li Shizhen (1518-1593), one of the greatest physicians, pharmacologists and naturalists in China&#039;s history.

A highly nutritious fruit of an evergreen tree found across Singapore and Malaysia, Bignay is well known for its health benefits. This gooseberry sized, reddish hued fruit is also known as the Queensland cherry. The fruit as well as its leaves render various health benefits. Bignay tea, made from the bark of this tree, is an ideal drink for weight loss. The natural anti-oxidative properties of this fruit, due to the presence of catechins, enable it to fight against the free radicals present in the human body. The excessive presence of these radicals can result in premature onset of wrinkles, fine lines, and even cause cancer.

Banaba is widely used in the Philippines and other Asian countries in traditional medicine as herbal treatment for diabetes. In India, Banaba is also used in Ayurvedic medicine for the treatment of diabetes. The Banaba leaves and flowers contain corrosolic acid, a substance being studied for its insulin like effect of lowering the glucose in the body. Banaba is also being studied as a weight-loss supplement for its ability to delay or reduce the absorption of carbohydrates. Banaba is also rich in vitamins and minerals including zinc and magnesium. Is is also rich in dietary fibers.

Naturopath Mark Stengler says in his book, “The Natural Physician’s Healing Therapies,” that stevia can help regulate blood-sugar levels and has long been used in South America as a hypoglycemic aid for diabetics. Stevia may also help in lowering high blood pressure but won&#039;t lower normal blood pressure levels. This plant may also curb sugar, tobacco and alcohol cravings.Stevia leaves contain various vitamins and minerals, like vitamin C and A, rutin, zinc, magnesium and iron, according to Dr. Sanjeev Gupta in the book “Kick Your Sugar Habit.” The stevia leaf is also rich in antioxidants, which helps to safeguard the body from free-radical damage as a result of metabolic and environmental factors. A particular enzyme present in the leaf, called superoxide dismutast, may also help to inhibit cancer cell growth, although further research is needed.

There are no reviews yet.

Be the first to review “Ultra Green Coffee” Cancel reply